Difference between revisions of "Viktualienmarkt"

Since 1970 the Viktualienmarkt beer garden is located at Munich's central fruit market. A special feature of this beer garden is that several different beer types are served during alternating periods. An approximately six-week rotating schedule allows for different Bavarian breweries to supply the beers in turns. The beer garden attracts a mixed crowd including many tourists since the Glockenspiel at Marienplatz is just around the corner. 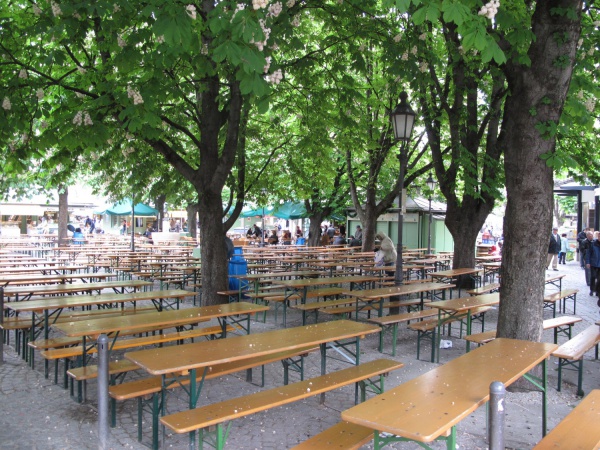 The beer garden is open from 9am to 10pm Mondays to Saturdays during the summer and from 9am to 6pm during the winter when the weather is good. Closed on Sundays and public holidays.