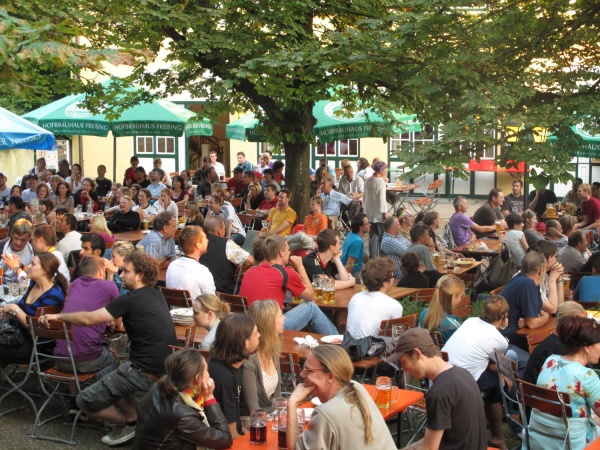 The Hofbrauhaus-Keller in Freising was originally a storage location for cooling beer during the warm summer months. The traditional property, build in the same style as the old brewery, is still owned by the brewery. In recent years the beer garden was managed by a leasholder who discouraged the traditional self-service and for guests to bring own food. This caused many locals to boycott the location. However, in 2010 a new leaseholder brought the traditional beer garden concept back to life again and the Hofbrauhaus-Keller Freising has regained its popularity amonst the local population. There are 650 seats in the self-service area of the beer garden and 120 seats on a serviced terrace on the oppostite site of the building.